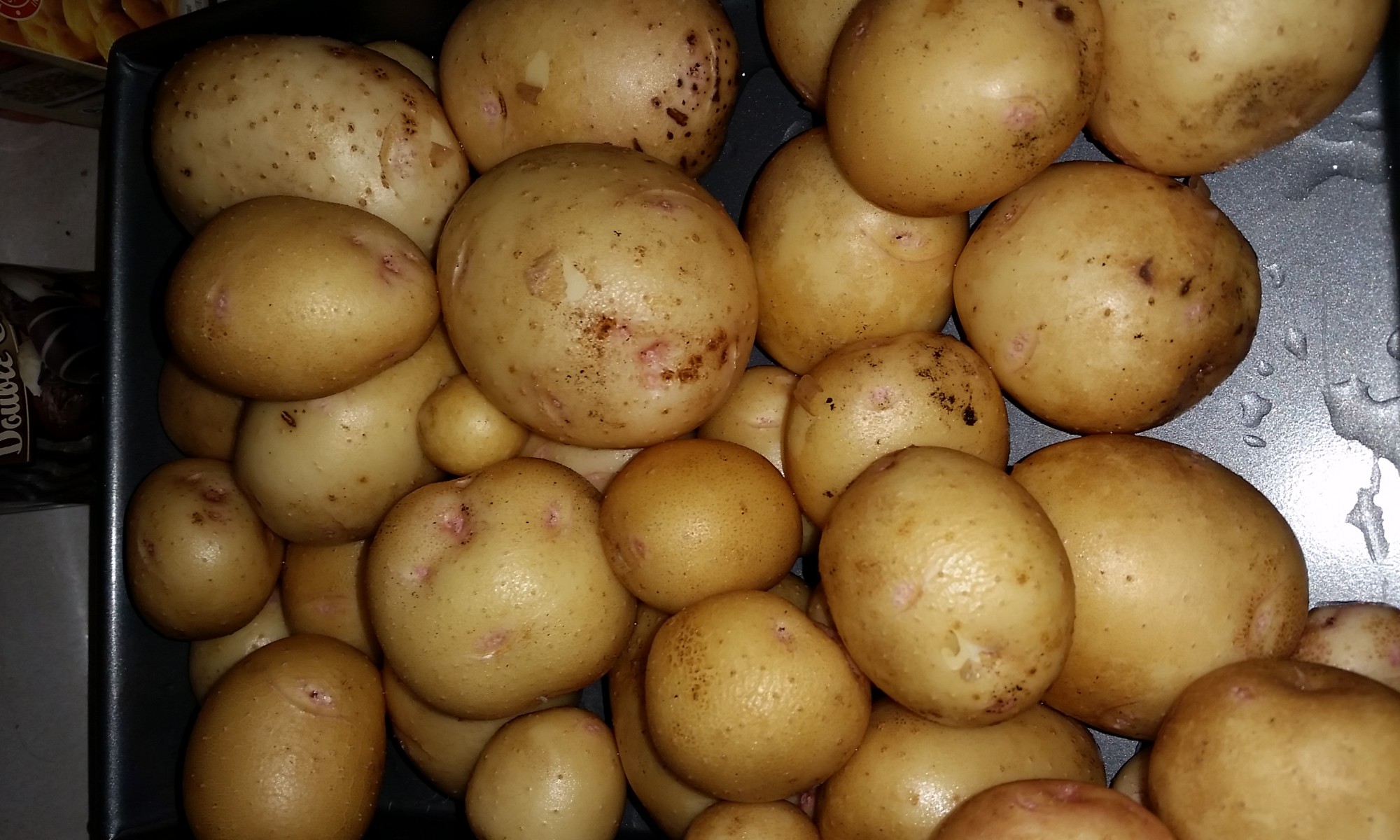 Solanum tuberosum, more commonly referred to as Garden Potato, is a cool season vegetable hardy in zones 1 to 7, or most of the continental United States. Potatoes produce best when planted in early spring with warm days and cools nights. Potato is a common culinary vegetable but is often overlooked by home gardeners, which is a tragedy because home grown potatoes are much better than store bought, both in taste and texture. They do need a cool climate, so can be grown as a spring crop in warmer climate zones such as Texas. They need full sun and acidic soils for successful growing.

When planting, do not use store bought potatoes with sprouts as your seed potato because they most likely have been treated with chemicals to prevent growing. Buying certified seed potatoes to plant is the best way to go. If you can only find a larger seed potato (they are usually the size of an egg), it can be cut in half so that at least two eyes are on a single piece.  Allow them to dry for a couple days before planting eye side up in a row in your garden, one foot apart and pressed into the soil. Cover your potatoes with about four inches of soil, repeat this one or two times as the plant grows creating a growing mound. They need consistent moisture, so make sure to water your potatoes regularly when the tubers start to form. Some good varieties for Texas include ‘Kennebec’, ‘Yukon Gold’, and ‘Red Pontiac’.

Potatoes can be carefully harvested in late May or early June on a dry day. The soil should be loose so digging will be easy, and be sure not to puncture the tubers. When the vine dies out you should harvest all of the potatoes remaining to prevent rot. Store potatoes in a cool, dry, dark place and refrain from washing until right before you use them.